A group of children surrounded a burning furnace despite the sweltering July heat. They watched with eager eyes as a piece of metal was pulled from the fire and shaped into a spiral.

This was the final day of the Edgerton Explorit Center’s blacksmithing camp and for two boys, Charlie Combe and Thomas Ellis, it marks the end of a journey that began in their home town of New Orleans.

Charlie’s parents, Jay Combe and Jodi Epp, noted that the boys had been watching a blacksmithing reality show called Forged in Fire that sparked an interest in the art of forging.

“I started Googling blacksmithing camps for kids and this is the only one I could find that let kids actually do something,” Jay said. “We probed a little more and we found the Edgerton Explorit Center and we were just kind of blown away by the whole philosophy of the place.”

“It seems like camps, they promise the world and they don’t really let the kids do things,” Jodi continued. “We were trying to manage the kid’s expectations by saying, ‘Okay it’s probably going to be a lot of safety talk the first day so don’t get too excited.’ I mean within the first 10 minutes they were forging and that’s why the kids loved it.”

The fascination with forging began for their son and his friend when Jodi, an English teacher, gave them the Percy Jackson series to read.

“He got to know all the Greek gods and there was the god Hephaestus,” she recalled. “He’s like, ‘Oh my gosh it’s the blacksmith god and he made armor for Greek and Roman heroes.’”

This new budding interested led Jay to utilize this trip to give the boys handson experience and education in the metal working art.

“We’re both teachers and we travel every summer,” he explained. “Our original plans got canceled because of COVID and then it was touch and go with the blacksmithing camp. When we got that final e-mail we said let’s build a trip around it.”

The couple has seen the impact of a fully involved camp with their son, who has expressed his appreciation for the opportunity to create.

“It’s been really thrilling being able to know what it’s like to be in an actual forge,” Charlie said. “I’m grateful to have this opportunity.”

Thomas said the experience has been really fun and that his favorite moment was when they were pounding the metal with the hammer.

The boys and their fellow campers worked to make a metal dog and a metal spiral during the three-day camp and had a hand in every aspect of creating the pieces.

While they noted that they got some assistance with holding the items with the tongs so that they could use the hammer, they found that they were allowed to do most of the work on their own.

“My favorite part is quenching,” Charlie voiced. “It’s when you put it in the water and it steams a lot.”

The most important lesson that they picked up during the camp -- not to touch heated metal.

“If it’s glowing red just don’t touch it,” Thomas said. “You can only touch it with the tongs or when you have on gloves.”

“It’s funny because he (Charlie) kept asking me in the months leading up to this, ‘Mom when are you going to get me an anvil. I want an anvil Mom,” Jodi said with a laugh. “I’m like Charlie what are you going to do with an anvil? You have to be trained and learn how to use an anvil.”

After looking back on everything they had done and learned, Charlie noted that he now believes that blacksmithing could become a hobby for him to enjoy. Both boys voiced that they were excited to have an understanding of how metal items are created.

‘It’s been really thrilling being able to know what it’s like to be in an actual forge. I’m grateful to have this opportunity.’ 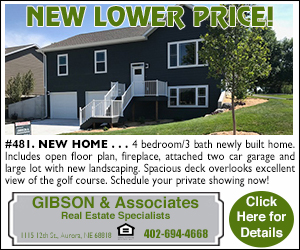 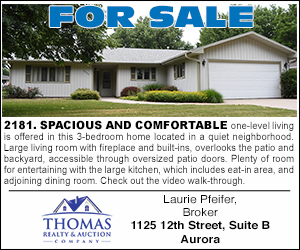