The Boss, GOAT and former Huskers steal the spotlight

More than an estimated 100 million-plus people tuned in Sunday night to share an American experience, watching Super Bowl LV between the Tampa Bay Buccaneers and Kansas City Chiefs. No matter which team you were pulling for to win the big game, there is history, excitement and revelry wrapped up in this annual sports tradition. Especially on a lack-luster February night in the grips of freezing temps and a lingering pandemic, tuning into a classic pro football finale and all the commercial/entertainment hype surrounding it offered something warm and familiar, finally, to look forward to.
The game itself turned out to be disappointing, lacking the drama we had all hoped to see between the Wiley Coyote, love-him-or-hate-him Tom Brady and the young buck gunslinger, Patrick Mahomes. Brady etched his legacy in gold as the GOAT — Greatest of All Time — pirating the Bucs to a decisive victory over Kansas City.
I picked the Chiefs to win a nail-biter, but I have to admit it was fun to see former Huskers Lavonte David and Ndamukong Suh stand out on what is expected to be the largest single sports stage of the year. They have both been waiting a long time for their time to shine, and they made the most of it.
Two other messages left a lasting impression.
Bud Light’s “Lemon of a Year” spot hit the nail on the head, lampooning a shared consensus that 2020 was in fact one lemon of a year on all fronts. We all lived through it, but watching the reaction as lemons virtually pelted the ground, and people in all walks of life, made me laugh out loud. Don’t know that I’ll ever pop the top on a Bud Light Seltzer Lemonade, but the drink’s marketing gurus definitely get two thumbs up.
And on a more serious note, The Boss delivered the best hit of the night in my opinion. Bruce Springsteen has always resonated with a blue collar work ethic and sense of honesty, which made him a beloved music star. His call out for “The ReUnited States of America” struck a chord, urging Americans to find common ground in the middle, whether red or blue, servant or citizen.
The Boss shared a reverent message from the center of the United States in Lebanon, Kan., but it wasn’t geography he was talking about, it was freedom.  “Wherever you are, wherever you’re from, it’s what connects us,” he said. “We have to remember that the very soil we stand on is common ground.”
Common ground, indeed, and a Super Bowl memory I’ll remember far more than the 31-9 final score.
Kurt Johnson 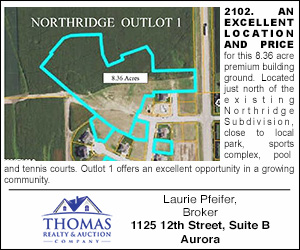